- Added an Admin Info page
- Added camera "Portals"
- Added camera "Motion Detection"
- Added camera "Night Vision"
- Added "Quick Entering"
- The nametags of players in security cameras now remain at players' positions before entering a camera, with an indicator indicating so
- Cameras are now able to be given custom names
- Added camera locking/unlocking
- Cameras now use rotation, and the lights on them now blink, either always, or only if the camera is in use
- Listing camera IDs will now also number them in order, show their locked/unlocked status, along with either their custom name or their coordinates, color coded with the dimension they're in
- Added the option to use a customizable "Timed View" setting in the Admin Info page limiting the amount of time survival/adventure mode players may spend in cameras before being kicked out automatically
- Added the option to use a customizable "Enter Delay" setting in the Admin Info page, setting a cooldown for survival/adventure mode players entering cameras
- Players in their own unlocked cameras are now displayed a list of other players also in the camera
- Cameras now alert their owners upon being destroyed
- Cameras can now be placed inside of unobstructive blocks such as tall grass and scaffolding
- Camera IDs can now only be positive
- Added click events to aspects in the chat message sent upon placing a new camera
- Fixed cameras being unable to be placed underneath slabs
- Fixed bug moving camera rotation windows upon server restart
- Fixed bug allowing players to view freely after relogging from inside a camera
- Fixed bug stating an ID of a different existing camera in the camera-exit message when the camera you're in is destroyed
- Fixed exiting a camera by switching gamemodes overriding your new gamemode by setting it to what it was at the time of initially entering a camera
- Added a warning message for when using the datapack in an older unsupported version of Minecraft
- Tweaked camera texture
- Reliability improvements
- Performance improvements
- Added a datapack icon

- Now supports blocks from Minecraft versions 1.17 - 1.19
- Multiple security cameras can be crafted at once by dropping the same number of ingredients
- Performance improvements

Get it on Patreon Get older version
To install a datapack, drop the datapack file inside the "datapacks" folder inside your world folder, then type "/reload" in-game. 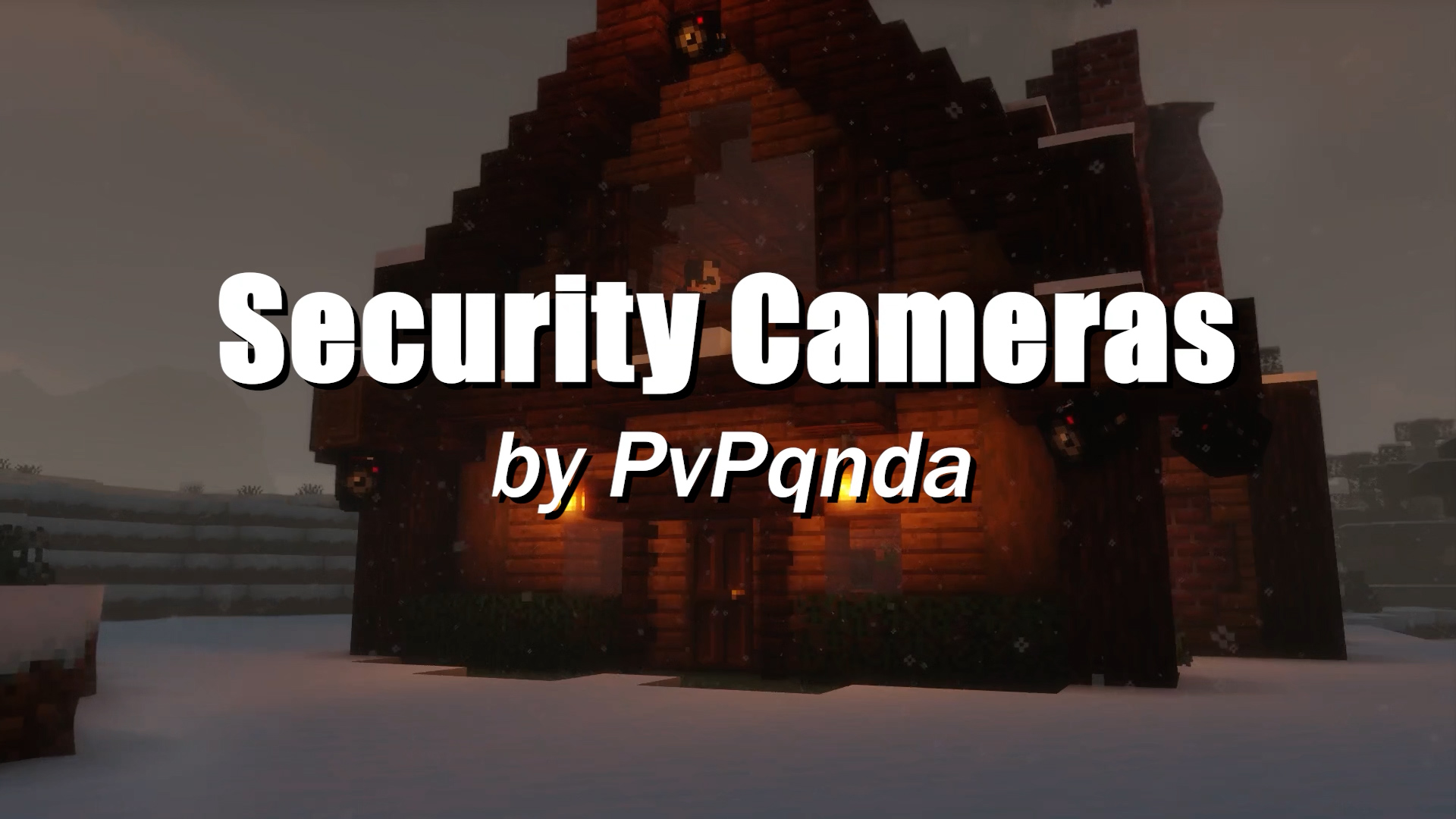